"Culture attache to the Trilobyte Kingdom, Airemare is a fusion of flesh and technology, modeled in the image of his master Marson. Arriving first in Turbo Atoll, Airemare is tasked with reconnaissance ahead of the esteemed race. Traveling with him is a small team of Hackermen, marking their kind's first public appearance.

He is currently interred in Turbo Atoll."

"A material+ style figure, including a fully painted alternate head." 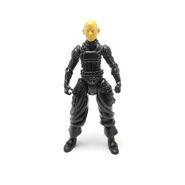 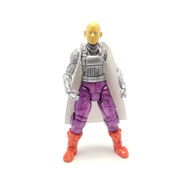