Alexander the Great[1] offered Vaughn Von Braughn the power of Frankenslice to be reborn anew as his right-hand man, but Vaughn later betrayed Alexander by locking him away in one of Alexander's own special weapons vaults buried deep under the Sahara desert[2].

"I sense the aura of a war-weary soldier. Become my herald and the world will be at peace once again! Swear allegiance to me, and be born anew with the power of Alexander!"[3]

The ancient leader returns to earth with the power of the Frankenslice!"

"Trapped in his tomb by Vaughn, the ancient warrior - Alexander of Macedon - plots his return to the surface. In order to raise an army, he's been selling lots of rare items located in his vast archive... but it's very difficult to learn how to use the internet when you died over 2,000 years ago!"

"Alexander of Macedon dons a new costume as his plans of world domination come one step closer."

"Note: This style figure is specifically for the "Alexander" green and lilac colored parts. Does not contain random figure parts like with other holo bags." 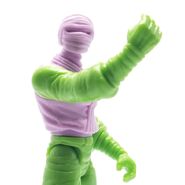 "Includes an armory of swords and daggers, ancient enchanted weapons!" 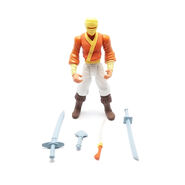 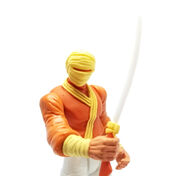 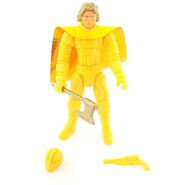 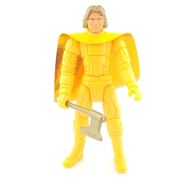 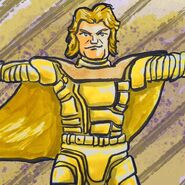 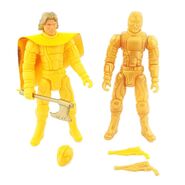