Report: Oozarian in The Realms

"It appears that this Bio-Mass Monster has itself come into contact with a foreign substance that is hostile to this planet's inhabitants. Observation has revealed a slow absorption of this foreign material has allowed the creature to re-purpose this "Oozarian" material and contaminate what appears to be a spawning pool. Spreading this new Bio-Mass/Oozarian strain it appears to be building a mindless barbaric army that shows no allegiance to any faction/tribe known to these "Realms." Even the pure strain Oozarian forces seem to take up arms against this new army." 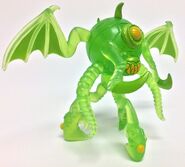 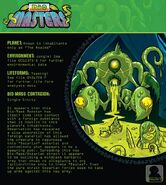 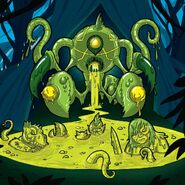 Artwork
Add a photo to this gallery
Retrieved from "https://glyos.fandom.com/wiki/Bio-Mass_Monster_Oozarian?oldid=29359"
Community content is available under CC-BY-SA unless otherwise noted.