A collaboration between Toy Pizza and Most Management's M.O.F.O.S: Men Of Felonious Occupations.[1]

Bridge the King of Diamonds

"Bridge, A.K.A. the King of Diamonds, has been in the Genessary for the second-longest out of all the M.O.F.O.s, simply by making sure he's always the last man standing. He’s close to paying off his debt and gaining his freedom, with his eyes on that prize at all times. He’s very laid back, unflappable, cool under pressure. Unlike the other M.O.F.O.s, he’s warm to newcomers, as he likes having new people to talk to (or perhaps something else?). He has a genius level intellect, can do complex calculations in his head and has a photographic memory. Everything in life is a calculation to him, from the angle of a bullet to the zeros in his bank account."

"Figure includes new tan cloth coat (large size), carbine, and sighted revolver. Make sure you pick up the Turbo Atoll / M.O.F.O.S combo comic to read the story being the Men of Felonious Occupations!" 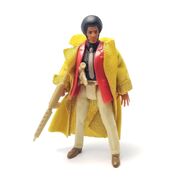 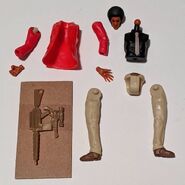 Carded figure (Offered privately through The Most Toys)

Carded figure (Offered through The Most Toys eBay store) 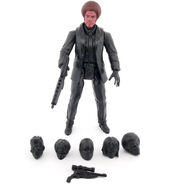 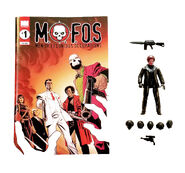