The Fall 2020 Toy Pizza Fundraiser focuses on two previously locked designs from the previous Action Figure of the Month Club 2020 in 2019. First up is Cen-5, a Cyborg with an additional accessories kit featuring an alternate Skull Head, Hand Blaster, Command Chair, and D.O.L.S. figure. The initial funding required $10,000 for Cen-5 and an additional $5,000 to unlock the accessories. 3D Model Figure Design by Jordan Speer.

The Fundraiser offered One figure ($30), Two figure ($60), and Eight figure ($250) options. There were also 4 Design-a-Knight Guest Design slots available for $1000 each with 1 paint sample test shot, 10 finished copies of the design included. Upon funding the CroMega figure the options were then divided between the two campaign figures. 1 figure will receive Sub City Cen-10, 2 figures will get Cen-10 plus a CroMega figure, and 8 figures will get 4 Cen figures (2 painted, 2 material: Cen-00, 01, 02, and 10) plus 4 CroMega figures (2 painted, 2 material).

The Test Shot version revealed a Snubnose Revolver had been added to the final mold which was previously offered as a 3D Print file.[1] A video showing the timeline of Cen-5 from childhood drawing to finished product was added to the Toy Pizza channel in June 2021.[2]

Cen-5 is the combination of a heavily damaged D.O.L.S.-controlled Cen digging unit and the broken body of Lince Runbro during his Pangea Island mission with Raddick.

"Our extended family of Jesse D, Nicky and Jack over at Toy Pizza are rounding the corner on their new multi-figure fundraiser which wraps up this Monday, September 28th. The focus of this new project is split between a dynamic duo of 100% original characters, one a mechanical marvel forged from lawless cybernetic experimentation and the other a natural born warlord of entirely primal descent.

The aforementioned cyborg, Cen-5, has been part of Jesse D's cast of personal creations since he was a kid, and has traveled throughout his sketchbooks for decades. Featuring the signature eclectic design principles that all KOTS figures are now known for, the hulking Cen-5 even comes with a great mini figure D.O.L.S. "pilot" and reconfigurable arm blaster. This particular mecha Frankenstein also has some direct connections to one of our own in-house projects that will be surfacing early next year, so the more parts and styles that are unlocked the more build options we'll all get to build with.

Counterbalancing the metallic mutant is CroMega, which is easily one of the most unique designs Jesse D and his boys have come up with yet. Decked out in animal furs and bone laden leather armor, this Paleolithic Pariah rules over the dinozone known as Pangea Island, plotting from within the ancient cave of his ancestors against the unsuspecting denizens of the mainland. CroMega in his default form is already a beast to contend with, but his alternate forms are perhaps even more intriguing, particualry when he's wearing the cursed Trilomask.

Currently Cen-5 and his accessories have been fully funded, and CroMega is coming within striking distance. If you're into lawless character design, independent storytelling and completely unique action figures, maybe shoot over to the fundraiser, check out the prototypes and support our Glyos brethren at Toy Pizza."[3]

Programmed by Malarky Jack prior to his departure to Sub City, the Acid Bath Cen has engaged .exe for mayhem and chaos. Guarding the junkyard Malarky Jack used to call home, Cen-SK8 patrols the grounds and has fun dissolving old cars with his acid-round revolver. 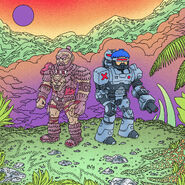 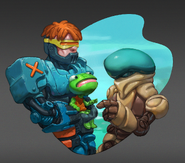 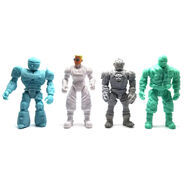 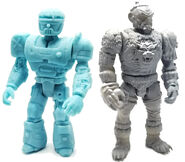 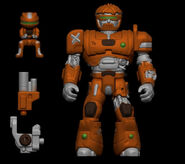 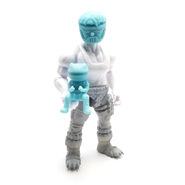 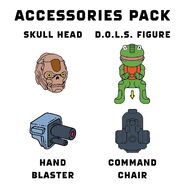 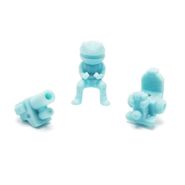 "The perfect customizer's base, feature red detail deco and all the deluxe accessories."

Note: Cen-5/CroMega Fundraiser orders for 8 figures and Patreon 4-pack orders will receive a Proto Grey Cen-00 with all accessories. 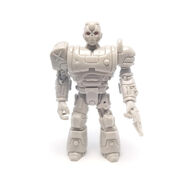 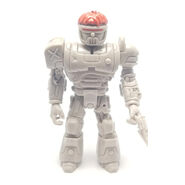 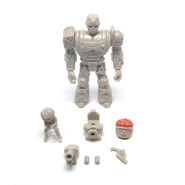 "A prototype the lab boys painted in the color of their favorite cartoon character. Features holo-blue accessories. This Design-A-Knight figure was guest designed by Shaun Gordon."

Note: Cen-5/CroMega Fundraiser orders for 8 figures and Patreon 4-pack orders will receive a Shaunscream Cen-01 with all accessories. 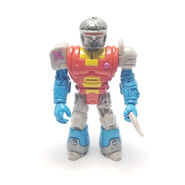 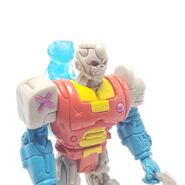 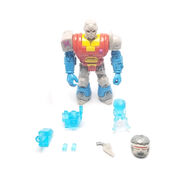 Note: Cen-5/CroMega Fundraiser orders for 8 figures and Patreon 4-pack orders will receive a Aqua Blue Cen-02 with all accessories. 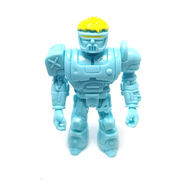 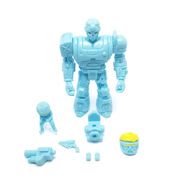 "Tasked with a special mission to reclaim Sub City, Cen-10 is saved from the scrap yard and dispatched with Bolinger Burton."

Note: Cen-5/CroMega Fundraiser orders for 1/2/8 figures and Patreon 4-pack orders will receive a Sub City Cen-10 with all accessories. 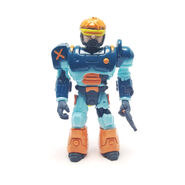 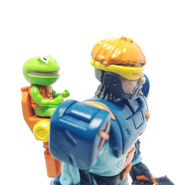 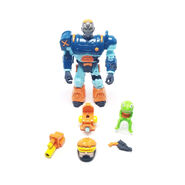 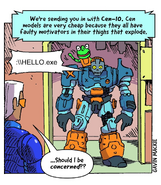 Design-A-Knight figure guest designed by JT Gravelie and based on the colors of his skater shoes in his youth. 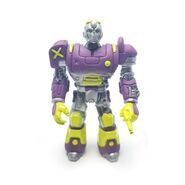 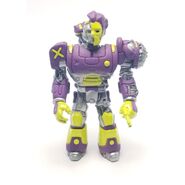 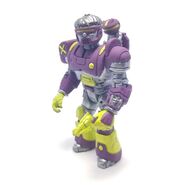 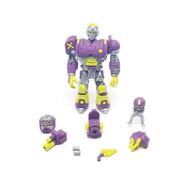 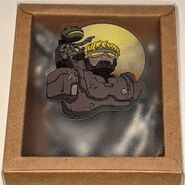 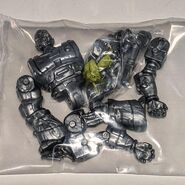 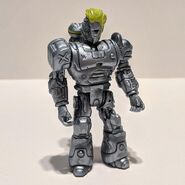