"The true evil overlord behind the Death Knight's resurrection and the blight that the order of the KOTS suffer.

An ancient Arthurian shape-shifter, Chaos King secretly envies the simplicity of human-kind and longs to live like them. But the futility of this wish gives way to anger, and this anger will only be abetted by the absolute destruction of the human race. CK feels like once the humans are gone, the earth will be quiet again and perhaps he can focus on conjuring more of his species back to life."

"The arch-nemesis of the Knights of the Slice, Death Knight merged with the ancient Chaos Being to become Chaos // Death. An all-new painting process recreates the evil one's appearance in issue #5 of the KOTS Vol. 1 graphic novel (also available now). 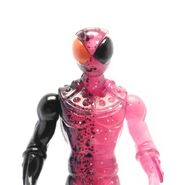 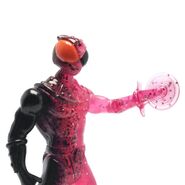 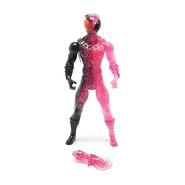 Add a photo to this gallery
Retrieved from "https://glyos.fandom.com/wiki/Chaos_King?oldid=35376"
Community content is available under CC-BY-SA unless otherwise noted.