A new accessory set and cast of characters made possible by the Action Figure of the Month Club Patreons. Compatible with ball joints on figures like Star Marshall and Virkil releases. An additional human (Virkil) head is included in the factory mold as revealed by the Clear set included with Golden Star Marshall.

Slaves of the Trilobyte Kingdom

Breaking through the vector are the race known as the Cherubium! Human bodies with animal heads, the Cherubium are enslaved in the Trilobyte Kingdom and seek asylum in our world. 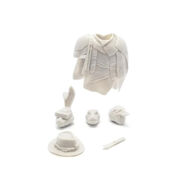 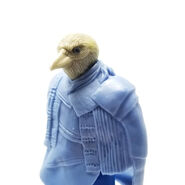