Currently serving as an all purpose counterpart to the specialized VRD units and answering directly to Commander Awken, Cinar's development remains closely monitored."[1]

Includes one Buildman with new head plus 1 Axis Joint Set and bonus scarf. $12 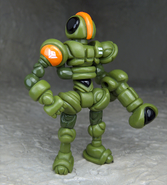 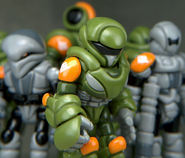 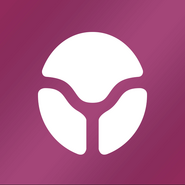