"The Cyclops are a curious race. Legend has it that they were once human but struck a deal with an elder god, each trading one eye for the power of elemental sight. Over the generations their Tribes have studied and solved the secrets of our world, granting them the power over specific elements. The Cyclops Ice Raiders have mastered the secrets of ice and snow, allowing them to create all manner of weapons and armor out of elemental ice. They are also obsessed with the secrets and magic of the past, locked and frozen deep below the permafrost of our world. Thus they raid across the realms not caring who they must battle for access to these buried secrets." - The Stranger 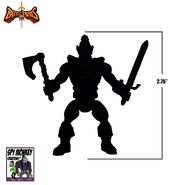 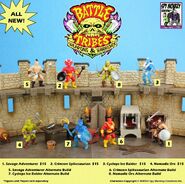 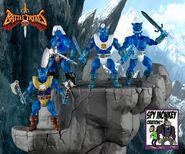 Add a photo to this gallery
Retrieved from "https://glyos.fandom.com/wiki/Cyclops_Ice_Raider?oldid=27934"
Community content is available under CC-BY-SA unless otherwise noted.