Based on the Japanese robotic hero Jet Jaguar from Toho's Godzilla series.[1] Rocom Toys' first Kickstarter produced a vinyl Death Jaguar figure with alternate face on the back on the head.[2] The Mighty Maniax edition only includes the Death Jaguar face. The black/silver/red color scheme and chest fin pattern closely resembles Mazinger Z. [3]

Originally engineered by X-Corp as a disaster relief mech, Doc Jaguars were created for rebuilding cities in the wake of Kaiju attacks. After being reprogrammed by a subterranean doomsday-cult and equipped with destructive weapons, the last remaining Doc Jaguar became Death Jaguar! In its attempts to destroy the city of Tokyo, the robot's creator disabled its control chip leaving it with a sentient AI. Since then, Death Jaguar has vowed to defend the city of Tokyo against evil forces and impending Kaiju attacks.

Did You Know: Death Jaguar has the ability to retract an axe or laser cannon from his fists during battle! 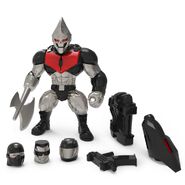 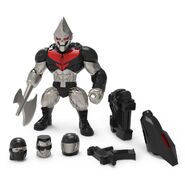 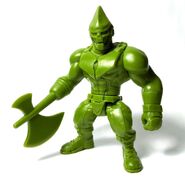 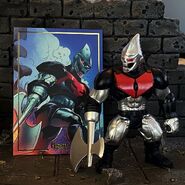 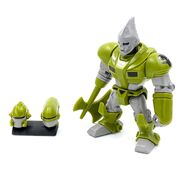 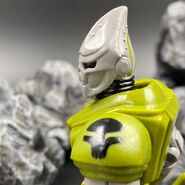 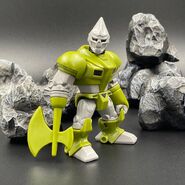 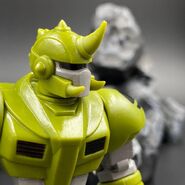