The quickest way around the crumbling city of Old Manhattan is through the treacherous tunnels of the Lost Highway that encircles it. For the right price, you might be able to hire the best wheelman around: The Death Worshiper.

If you are lucky enough to hire him, and the roving gangs of hoverbikers don't behead you, you'll probably catch the Death Worshiper listening to ancient rants from the long forgotten video platform PizzaTube. Seems he's quite partial to the irate diatribes of the old-gone Death Knight. It feels like DW has become a bit obsessed with the old content still floating in the digital ether long after its creators have passed on.

For the DW, life is only about survival and the next fare. There is no greater joy than having no attachments and a heavy foot on the gas pedal. His freshly-bruised face portends a life at home in the chaos of the tunnels. 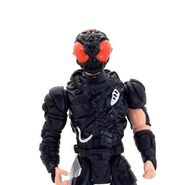 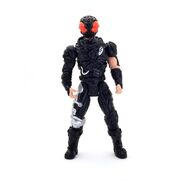 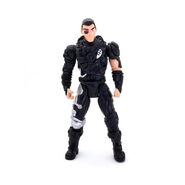 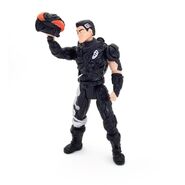 Add a photo to this gallery
Retrieved from "https://glyos.fandom.com/wiki/Death_Worshiper?oldid=28731"
Community content is available under CC-BY-SA unless otherwise noted.