"The Delphi were developed in a slightly different way than most of the characters in Glyos, in that their definitive look was first captured when I sculpted, not sketched one. It was also the very first time I ever tried Aves Epoxy (you know I like that name).

One night I was hanging out at Jesse's house after a day at the shop and I saw that he had some new material to mess around with. Before I could ask about what it was, he just reached over and put a lump (2 lumps actually) in front of me. A few hours later the first sculpted Delphi head came into being. I had done a few sketches of an ancient Traveler predecessor before, but when I started using the Aves Epoxy everything came into focus. It's funny to note that in general I'm a reductive sculptor, but every so often things go in reverse. The birth of the Delphi was one of those times.

The sketches above are from later in the growth of the design, playing around with a "female" version as well as some different armored head concepts."[1]

When they first came to Volkria, the Delphi were fascinated by the planet's native species. Deep in the woods, they encountered a trio of wolf-like beings displaying signs of evolved thinking. Each was a member of a different species: the smart, quick-witted Halosars; the Verexxa, capable of hypnotizing other animals by singing; and the powerful warrior Armorvors, who defended the other two. When the three were unexpectedly ambushed by a predator, the Delphi made the decision to intervene and save the wolf creatures by killing their attacker. The Delphi adopted the three wolf species as their own children - referring to them as "Volkria," the Delphi word for children - and shared Black Core technology with them to speed their evolution. But once a civilization had been built on the planet, the Armorvors used the Black Core tech to rebel against the Delphi, killing one of their number. While the Delphi were willing to forgive the Armorvors for this, the Delphis' masters were not and ordered the Delphi to wage war against their adopted children. The Armorvors were outmatched and their numbers eventually reduced to a small group led by the Halosar-Armorvor crossbreed Venjorun; instead of killing these last members of the species, however, the Delphi secretly defied their masters and banished the Armorvors into the Zorennor Rift. The record ends with one final warning: "Beware the Armorvor. For when Zorennor bleeds again, so too shall all of Glyos..."[2]

Moments after they leave, three Delphi arrive on Rilleco, noting that they have ensured the cycle's continuation and hoping for forgiveness for what they have done...[3]

Combined, these facts effectively make a single Armorvor the equivalent of a one man army."[4]

With the aid of the Armorvors, the Granthans finally rise up to reclaim their world after so many oppressed generations."[5]

"Soon after breaking the chains of servitude to their god-like creators, the Delphi set in motion a plan to engineer a new generation of beings that might one day stand with them against the dark forces of the ever growing Glyos System.

Traveling through the records of time and space, the Delphi searched for naturally occurring lifeforms that they could help elevate to higher planes of existence, all the while being feverishly pursued by the dogged agents of their former masters.

During a mission to the distant and aqueous world of Sollnoria, the Delphi discovered an avian race of beings that inhabited one of the largest islands on the planet. These noble yet primitive animals seemed to act as guardians to the various smaller creatures dwelling within the large jungle located at the center of the island. After a careful and prolonged observation it was decided that this species, now named the Varteryx by their celestial benefactors, would serve as the foundation for one of the most ambitious evolutionary experiments in the history of the Delphi."[6]

Now with a small measure of hope restored and a reforged resolve, a battle-worn Glyaxia Command slowly rises to settle the score."[7] 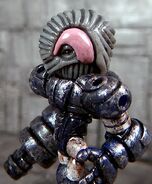 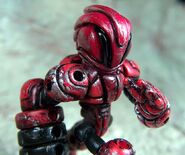 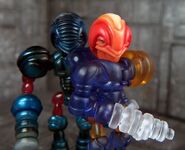 Delphi couple
Add a photo to this gallery

Retrieved from "https://glyos.fandom.com/wiki/Delphi?oldid=18145"
Community content is available under CC-BY-SA unless otherwise noted.