The Circle of Chaos

Thanks to a hidden series of coordinates revealed within the Sincroborg Archive, the quest to locate the parasitic bio-force cure leads Halkenn to the distant and spectral walls of Castle Dracuden and the legendary Circle of Chaos.

Existing inside the black shadow of an unhinged reality, Castle Dracuden calls out to the darkest of beings, beckoning them to spend eternity within its infernal paradise, passage only granted by the willing damnation of one's own soul.

Outnumbered and facing the combined legion of Count Dracuden and his accursed Demorran Army, the abomination known as Pheydenstein, and the menacing Hallowden Pheyaos, Halkenn unleashes the true parasitic bio-force dwelling beneath his armor in one last ditch effort to destroy the Circle of Chaos and all its nightmarish followers, forever.[2] 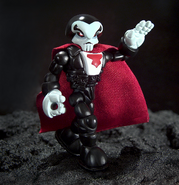 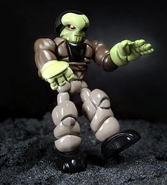 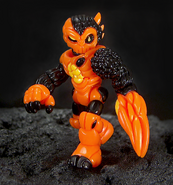 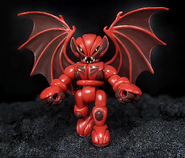