The Dred Trooper started as a Contained Build idea in 2014 to increase the army for the Cult of Dred. The Cult of Hun-Dred Trooper uses a design and colors similar to the Dred Drone Trooper MK. III.

"When Nazgar sends his deadly Cult of Dred Troopers to secure the assets of the hidden Zeroid city of Andor, Maxx Zero finds himself overwhelmed by the skills of these CALLGRIM-trained Zetonian warriors. However, Andor holds a secret of its own - something that will take the Robo Force STATE OF THE ART...." 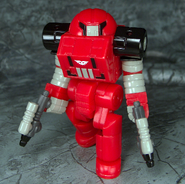 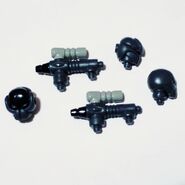 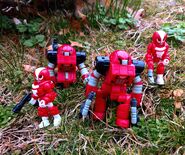 RZ-45 and co.
Add a photo to this gallery

Retrieved from "https://glyos.fandom.com/wiki/Dred_Trooper?oldid=29227"
Community content is available under CC-BY-SA unless otherwise noted.