Reemerging from the events surrounding the appearance of the Atarikoth Comet and the devastating Diversus Gate Incident that followed, Gatekeeper Viyer once again turned his focus on the study and genetic manipulation of the most unique and powerful entities found throughout the Glyos System and beyond. Accompanied by his loyal bodyguard and friend, Traveler Evenollus, Viyer crossed through the Zorennor Rift aboard his rebuilt Edgeliner Marezioc in search of the original Villser homeworld, Odravunn, and the untold lifeforms rumored to exist there. However, before reaching their destination, the Edgeliner was attacked by an unknown, cycloptic creature that possessed bizarre and incredible dimensional abilities. After a long and exhaustive battle due to the its extraordinary regenerative properties, the chaotic beast was finally repelled by the brave actions of Evenollus, who suffered near fatal damage in the process of phasing through the monster's body. Desperate to save the life of his companion, Viyer infused Evenollus with a combination of hyper powered Mordireus energy and a captured sample of the very beast that almost destroyed him...[1]

Test Shot Mutant Evolver Pheyaos with Pheyden as a pose reference for "Wrath of the Reborn". (Photo by Matt Doughty)[2] 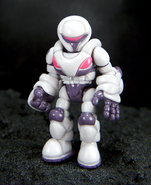 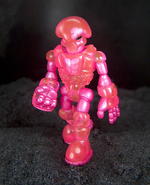 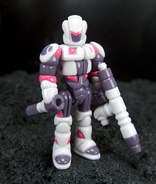