After serving as Argen's right hand through many missions, Enyriun takes the form of a Hi-Phaseon, finally making a move to break free of his former friend's increasingly dark machinations and liberate his fellow Gendrones from Argen's command.[1]

This vision of a "Gendrone Empire" was also experienced by the Crayboth Twins, Gryganull and Grellanym, bonding them to Enyriun through an unprecedented bio mechanical psychic link."[2] 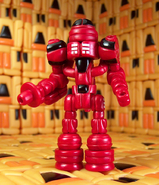 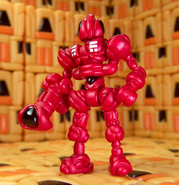