A new figure to be offered through the Action Figure of the Month Club 2020. The double-sided bagged head was designed by Draculazer (aka Michael Skattum.) An early version of the mohawk head was intended for CroMega before getting added to the Hackerman/Slasherman set. Jordan Speer designed the 3D Model Figure.

Hackerman is a creation of Dr. Silver and Dr. Mad made in collaboration under the orders of Marson.[1] The terminal on the back of the Hackerman suit can be used as a holographic projector. Marson uses this device to introduce himself during the formal meet-and-greet dinner at Turbo Atoll.

"AFOTM 2020 HACKERMAN NEWS: After working with the production team, we've developed a cheaper way to produce that figure and the goal for him has been reduced to $25k. The best part is, we will be able to include Slasherman parts with him as well. Check out this paintmaster I put together... the parts look particularly cool with Raddick. I can't wait to own these figures!" 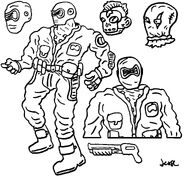 "Fresh out of the mold and already maiming people, Molten Hackerman is the precious prototype creation of Marson. Made in collaboration with Dr. Silver and Dr. Mad (ok, so they did all the work), Molten may not live long but is sure to provide crucial data in the molding of future Hackermen."

"The third incarnation of Hackerman, The Meat Ambassador is sent to the island kingdom of Turbo Atoll to attend the dinner of King Kelvin Hsu. He acts as a sort of proxy for Marson, but what true intentions could Hackerman have?"

HK Hackerman on the Hunt

"A special breed of Hackerman, the Hong Kong variant is an expert hunter with heightened senses. Put on the trail of Vaughn Von Braughn, HK almost got his mark in Chapter 2 of Turbo Atoll. Will Chapter 3 finally land him his prey? " 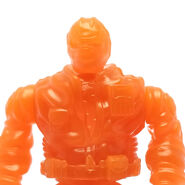 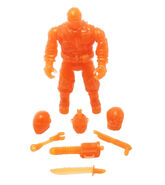 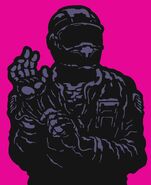 "The militant shock trooper mimics the colors of ground beef to inspire nausea in the populations it terrorizes. Shot in a solid red plastic featuring white flecks to simulate bone and sinewy." (Pre-order description)

"The third incarnation of Hackerman, The Meat Ambassador is sent to the island kingdom of Turbo Atoll to attend the dinner of King Kelvin Hsu. He acts as a sort of proxy for Marson, but what true intentions could Hackerman have?[5] 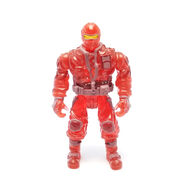 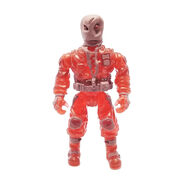 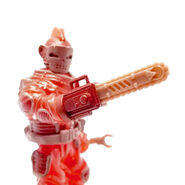 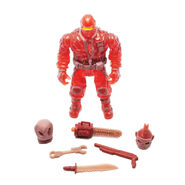 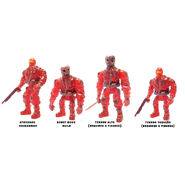 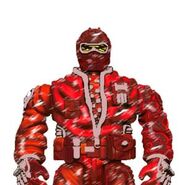 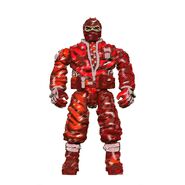 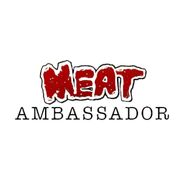 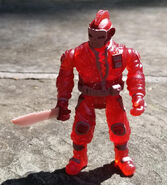 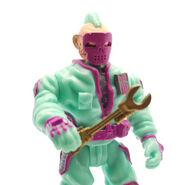 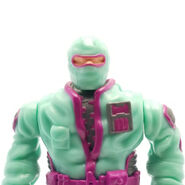 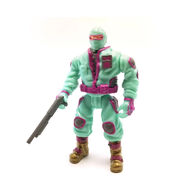 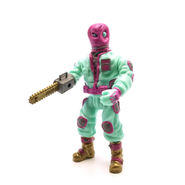 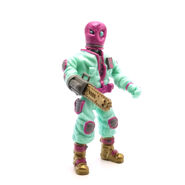 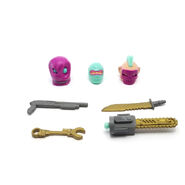 Hong Kong Hackerman as he appears in Turbo Atoll chapter 3