Johnny Tombstone is the main character and hero of the Mighty Maniax world. His supernatural abilities to sense evil and destroy it are unparalleled. Equipped with an Evo-cannon and containment pack, he sets out to balance the forces of good and evil with the most unlikely of companions.

As a former agent of X-Corp, Johnny Tombstone fights to protect monsters from the corporate juggernaut. Born with the ability to see demons apart from humans since the age of 12, Johnny Tombstone made it his life's goal to protect the world from evil. Known in demons as the "Hellsee'r," he uses an Evo-Cannon and containment pack to expel the world of evil spirits. Though he now fights for good, Tombstone's past is riddled with the atrocities caused during his time working for X-Corp. He is driven to right the wrongs of his former self.

Did You Know: Johnny Tombstone never wears sleeves to entice demons to his scent, it's not just a fashion statement! 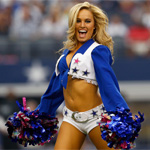