"The Reverse Hades is how I imagine Klace eventually turning out, possessing some new abilities."[1]

"Hades, Klace and the Mobile Conversion Tank. I imagine that Klace has teamed up with Hades, having been selected to join the mysterious Classified Division, where only the darkest missions are assigned."[3][4][5]

"After crossing over some extremely rough terrain, the trio finally catch up to what they've been tracking for the past few weeks: The Heavy Caliber MCT. Thought to have been destroyed since vanishing on its last mission, the massive machine slowly begins to let its guard down upon recognizing the smaller prototype MCT."[6]

Hades HCMCT
Add a photo to this gallery

"Managed to get a shot of the Stealth Armorvor right at sunset, which created an interesting effect."[7]

Armored Klace outside
Add a photo to this gallery

"I imagine that this particular Rig was used by Klace after the Massacre on Granthan, the blue replacing the green to represent a new beginning and to honor the fallen Travelers that perished in the Armodoc attack. Plus, blue looked pretty good."[8]

Crayboth Disruptor Pod
Add a photo to this gallery 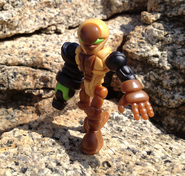 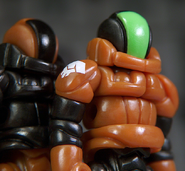 Rig Crew artwork
Add a photo to this gallery

Rig Operator Klace Pheyden
Add a photo to this gallery 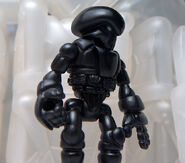 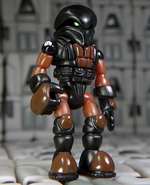 Rig Crew Commander Klace
Add a photo to this gallery

Retrieved from "https://glyos.fandom.com/wiki/Klace?oldid=25152"
Community content is available under CC-BY-SA unless otherwise noted.