In late 2020 the mold for Raddick went through a refresh to add a new secondary head known as Lince Runbro. The original plan was to replace the Head-of-Tank with Lince in the mold, but the factory was able to keep the Head-of-Tank while adding a spot for the second human head.

Lince was last seen during a mission with Raddick on Pangea Island where it was believed he fell to his death when the cave ground collapsed beneath him. His broken body was discovered by others later on and merged with a damaged Cen digging unit to become Junkworth.

"It’s always two. Jacked dudes. Buff friends. Tier-1 operators and best buds. It’s been an ancient strategy since war was invented...a warrior is only as good as the partner by his side, so long as that partner is equally yoked with zero percent body fat. Together a pair of bros can take on an entire army of enemies. Read Lince's story here. 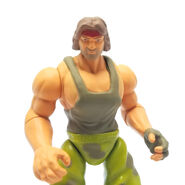 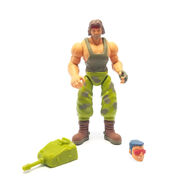 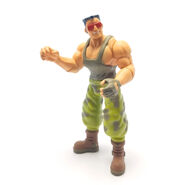