Luna Eclipse is a woman of great mystery, and great history. She devoutly believes her destiny, to become a crewman of the Starship USA, stationed in Lumino City on the Dark Side of the Moon was preordained. For Luna Eclipse is the direct descendant of Ezekiel, Captain of the “Starship Wheel” who, in 570 BC was the first Human from Planet Earth to explore the Dark Side of the Moon. Although, Luna’s biblical ancestor found the majestic subterranean cities of the Elder Gods abandoned, the phosphorescent algae that supplied this ancient race’s light, atmosphere, and food supply, remained. Ezekiel named this life giving algae, “Lumino.” It still survives and thrives to makes life possible, in the glowing caves and caverns of the Dark Side of the Moon, today.[1]

The Dark Side of the Moon

Although, Earth’s powerful telescopes can probe the skies and focus in on distant worlds, millions of light years away, the Dark Side of our nearby neighbor, the Moon has remained a mystery. Few Earthlings know its history, or the fact that in the days before the Human race began, when the Great Elder Gods from beyond the Milky Way first visited our newborn planet, the Dark Side of the Moon, became a frequent stopping off place, from which these interstellar travelers could venture forth to hunt the reptilian beasts that roamed the primordial world below. Nor do they know that, once these prehistoric creatures were hunted to extinction, above the very plains, on which they perished, great alien cities rose.

Now eons later, these once majestic metropolises lie buried, beneath the freezing ice and snow of the Earth’s Arctic and Antarctic Poles. Meanwhile, the lunar bases that the Elder Ones created, deep within the caves and caverns of the Moon’s bleak surface, remain essentially unchanged. And thus, today, the Dark Side of The Moon is inhabited again. Better known to those brave Earth astronauts who dwell there, as "The Gateway To The Universe," it is from these ancient lunar bases that America's armada, led by the mighty "Starship USA" sails forth to explore the vast expanse of Outer Space.[2]

As the 21st Century began, America was in decline, struggling beneath the crushing weight of bureaucracy, its air polluted by vast quantities of methane gas, emanating from Washington DC. When, suddenly, the Finding Fathers changed everything, by discovering the element, "Puranium". Invisible to the naked eye, which makes it difficult to see, Puranium proved to be a source of boundless Clean Energy, by generating Levity, the polar opposite of Gravity.

Aboard the Starship USA, propelled by great waves of Levity, Jack Asteroid, and his crew, Terra Firma, Luna Eclipse, and Maximilian Gravity, sail forth to probe the farthest reaches of our Galaxy. Their Anti-Gravity Generators contain a single atom of Puranium, enabling them to levitate, on every world in outer space. Endowed with super-human powers, they operate, outside the Law of Gravity.[3] 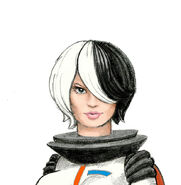 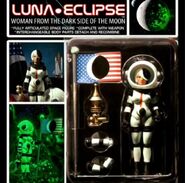 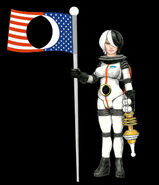 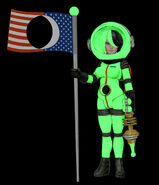 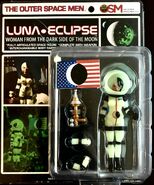 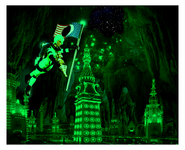 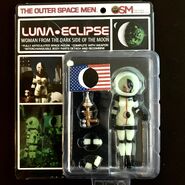 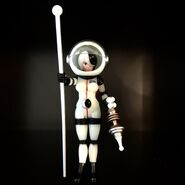 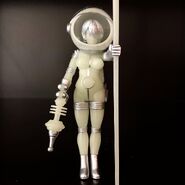 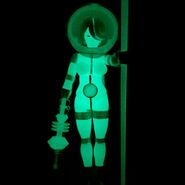 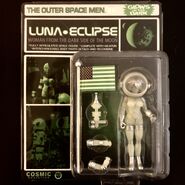 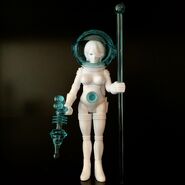