Exile Deniken hid behind a chunk of asteroid observing from a safe distance. The clandestine event had not gone unnoticed. "After all this time..." he said to himself, "...I've finally returned 'home'..." The Marezioc squad departed from the comet, something large in tow. "...to put an end to this madness!" Deniken finished. Quickly the guard and their prized relic were safely aboard the Edgeliner Marezioc in the bay. As the order to prepare for warp was given, Deniken saw his chance. In a bolt of red energy, he streaked towards the Marezioc hoping to reach it in time. In a brilliant flash of light, the ship went into warp.

On board the Edgeliner Marezioc, the guard presented its findings to their Commander. "Commander Viyer," Evenollus started, "the artifact has been successfully recovered." The large blueish tomb almost floated on its own as six Protoclone Guards pulled it closer to their Commander. Viyer looked it over carefully, "I expected nothing less from my Protoclones." He stared intently at the iconography imprinted on the surface. "Now we possess the last piece of the puzzle..." The dents on the surface almost looked like stars, one resembled an ancient Edgeliner, and the last... something almost Metaluna[2] in nature... an Orbitron! 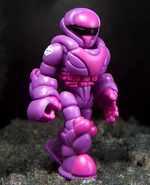 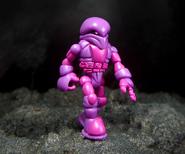 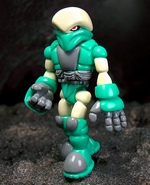 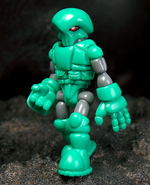 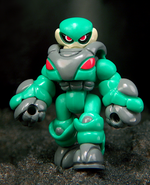