"Nekro! The Undead Ninja Leader of the Mutant Soldiers. Nekro is thought to be Viper's long lost brother. But, the truth is still unknown!"

Nekro is the undead leader of X-Corp's Mutant Soldier Army. His true identity has remained a mystery. During an early phase of experimentation with Vampire DNA, a nameless soldier was killed in combat and reanimated with full consciousness, but unable to speak. With a clouded memory of his former self, Nekro fulfills his role in exterminating monsters on countless missions to fuel X-Corp's genetic experiments. As part vampire, he retains immortality, however can be harmed by extreme UV light.

Did You Know: Nekro's fighting style mirror's the same methods used by Viper. 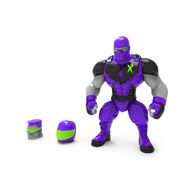 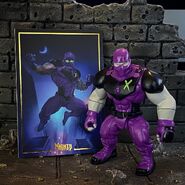