A brief series of connected secret web store releases followed some of the Passcode game events. Unlike Warp Zone exclusive figures, a minimum score had to be achieved in order to be offered a link to the secret web store.

Debuting at New York Comic Con 2013 was a Passcode Card Set featuring 6 chipboard style collector cards plus 3 sticker cards. The set was originally offered through the Onell Design store and later in the Bit Figs store.[1]

"The images above are byproducts of some low-color pixel studies. Each is made to the exact specs of the original Gameboy. I'm still amazed at how much detail and depth those games could convey with only 4 shades of that beautiful puke green."[2][3] 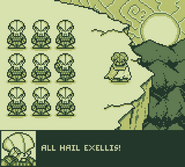 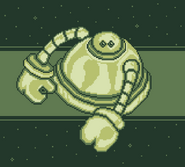 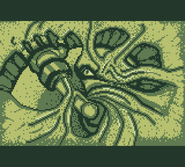 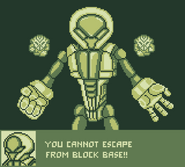 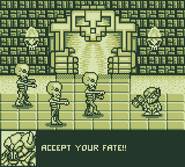 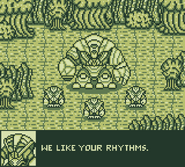 Super Crayboth
Add a photo to this gallery

Retrieved from "https://glyos.fandom.com/wiki/Passcode?oldid=18202"
Community content is available under CC-BY-SA unless otherwise noted.