After their reawakening on a strange beast-filled world, with the loss of their history and knowledge, the Zeroids looked to reestablish themselves in the universe. Led by Zintar THE EXPLORER and Zerak THE DESTROYER, the Zeroids escaped into space in a barely-functioning makeshift Exploration Module and began a search for a new home to replace their lost Planet Zero.

Many years later... The Zeroid Ascendancy has been fractured.

Key philosophical differences between Zintar and Zerak, without the firm claws of Commander Zogg to guide them, have led to different evolutionary paths for these mechanical wonders. The tribes of the Prime Zeroids have gone their own ways, interacting very little over the interceding years.

Treads, magnet hands, and massive pieces of moving machinery are just a few of the common features of the older Prime Zeroids. Fueled by the power of Zandor's Z-Core, the legendary energy source of the Prime Zeroids, some are so old they are completely devoid of paint and markings yet still functional when the time requires it. The machinery is familiar, but not always familiar to those who find it out in the universe like MAXX Zero and Nazgar the Tyrant.

Zemo the Hunter
Add a photo to this gallery 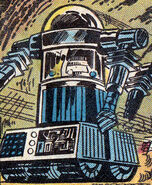 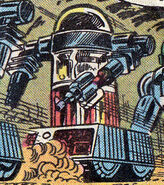 Zeroid Red
Add a photo to this gallery 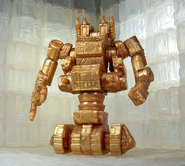 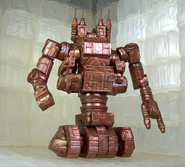 Ancient Construct Worker
Add a photo to this gallery 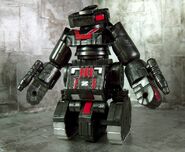 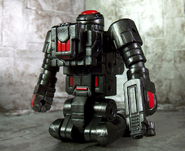 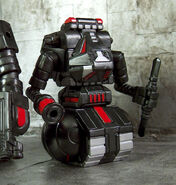 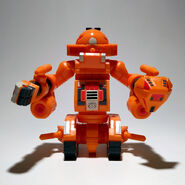 Zeroid Hunter
Add a photo to this gallery
Retrieved from "https://glyos.fandom.com/wiki/Prime_Zeroids?oldid=25761"
Community content is available under CC-BY-SA unless otherwise noted.