"Shoto originally had a cold, aloof personality which stemmed from his abusive upbringing. Focused and unemotional, Shoto preferred to keep to himself instead of hanging out with other people. After the events of the U.A. Sports Festival, however, Shoto has become noticeably more sociable, even gaining a sense of humor and occasionally smiling, although still retaining the remnants of a distant attitude. After the events in the Remedial Course Arc, he has began to open up more to his classmates and has lightened up from his usually serious demeanor."[1] 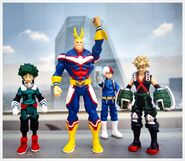 My Hero Academia: Wave 1 - Izuku Midoriya, All Might, Shoto Todoroki, and Katsuki Bakugo 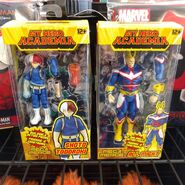 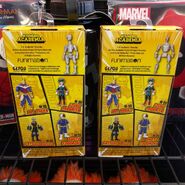 Boxed figure at Retail (Back)
Add a photo to this gallery

Retrieved from "https://glyos.fandom.com/wiki/Shoto_Todoroki?oldid=31140"
Community content is available under CC-BY-SA unless otherwise noted.