Slime Knights are a mindless plague of goo golems created by super heating the particles left in the atmosphere after the Chaos King's defeat.

The original glow knights were introduced by the Chaos King upon his arrival in this century. A simple incantation, a variation of the mandrake / homunculus spell, birthed from the ground an army of mindless, haunting Knights that flooded the cities and generally caused a big headache. Their numbers were large, but they were not difficult to beat.

After Chaos King's death, the abandoned soda factory became a birth place of the Slime Crime Knights, a more virulent strain of the Glow Knights. Decked out in badass tattoos with a demeanor some would call "haughty" and "quite rude", these fast-moving bad boys proved more dangerous.

"Designed by Draculazer, AKA Michael Skattum, Slime Knights are a mindless plague of goo golems created by super heating the particles left in the atmosphere after the Chaos King's defeat. Includes a glow-in-the-dark hat & slicer. Originally debuted at 5Points Festival 2018. This is batch #1 of the inventory, more Slime Knights will be available later this year." 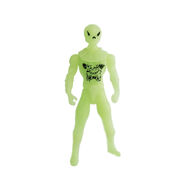 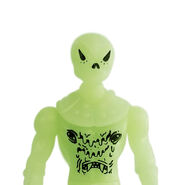 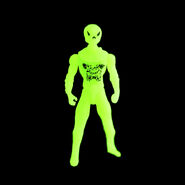 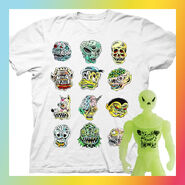 Retrieved from "https://glyos.fandom.com/wiki/Slime_Knight?oldid=26162"
Community content is available under CC-BY-SA unless otherwise noted.