Unwilling to remain passive during the uneasy standoff with Red Army Men on the West Bank, Banigoth High Command has decided to take advantage of Havvacor’s temporary neutrality and tie up a few loose ends. As hard as it’s been to break off troops from the East Bank defenses, Banigoth patrols have been sent all over the Galaxy in search of the fugitive Commander.

First leading the heroic defense of Havvacor, and then slipping away as the political climate shifted, The Commander has been on everybody’s Most Wanted List. The Directory, Havvacor’s new masters, are anxious to dispose of the only person around whom potential resistance to their expansionist policies might coalesce. For their part, the Banigoth High Command are looking at his possible capture and execution as a much needed public relations and morale boost ahead of their showdown with Red Army Men.

While both sides recognize The Commander as a master strategist, capable of single-handedly tipping the balance of any conflict in favor of side that employs him, his idealism would make him a highly volatile asset at best. Thus, to dispose of him would not only remove a dangerous piece from the board, but also deal a crippling blow to the Revolutionary ideology that both powers would prefer to see eradicated. The noose is tightening…[1]

Soft vinyl, 5 pieces, compatible with all other Glyos vinyl and PVC toys. Base color is Glyaxia Yellow with paint apps, tampo print and decals. Released August 24th, 2014. $30.00 each.[2] 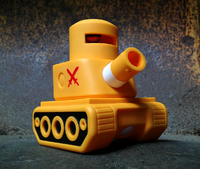 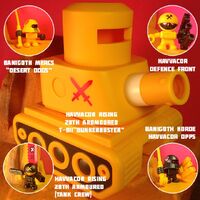 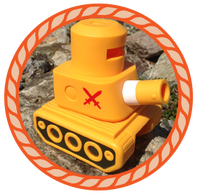 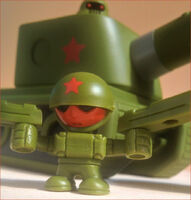 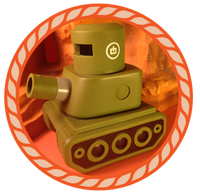