An homage to the T-800 Terminator from the Terminator franchise. This was the last released figure from October Toys shortly before closing its doors. 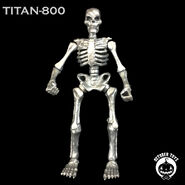 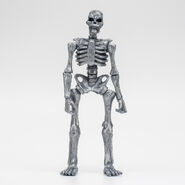 Retrieved from "https://glyos.fandom.com/wiki/TITAN-800_Skeleton?oldid=27486"
Community content is available under CC-BY-SA unless otherwise noted.