"Calling the shadows his home, Tana walks the dangerous line between the darkness and the light."[2] 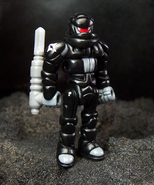 Retrieved from "https://glyos.fandom.com/wiki/Tana?oldid=20522"
Community content is available under CC-BY-SA unless otherwise noted.