"I've really missed the Phaseons over the last few releases, even more so recently since the Swing Joints rolled out. It has been a blast having them back again!

The above builds are contained, save for two renegade Switch Pins on the Task Major construction.

Using the Switch Pins as little spikes give these Phaseon builds a little medieval armor/Alien Xenomorph look. I imagine that as the Phaseons evolve, they start employing more aggressive forms, a reflection of their darker purpose in the Glyos System."[1]

"The option for less Switch Pin "spikes" on the Roundfacer Task Minor form."[2]

"When samples for this new order arrived a little while back, the first thing I did was start building with the Phaseons (closely followed by the Buildman figures). Since the funny history of the Phaseon's path to production is always present in my head, my creativity seems affected in a unique way when playing with the parts. The fact that the Phaseon mold arose from the ashes of the Beanbot design, which in turn was actually pulled from early MVR concepts, just adds to my odd fascination with the unassuming little clunker.

The build shown above is pretty contained, except for 17 Switch Pins that were left out. There are spaces to insert them for a more aggressive "spikey" look, but for this one the rounder finish made the final cut. The core construction of this "Range" Phaseon is a variation of the "Task Major" design, which I've been messing around with over here for a bit.

This Range Phaseon has been battling with many a Glyan across our tables and floors, and is now searching for some Phase Arms and Gobon Blasters to add to its form!"[3] 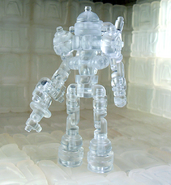 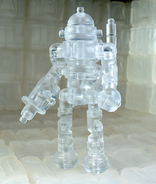 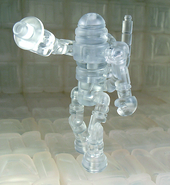 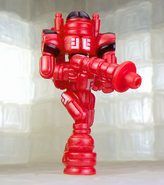 Range Phaseon (Top)
Add a photo to this gallery

Retrieved from "https://glyos.fandom.com/wiki/Task_Major_Phaseon?oldid=17991"
Community content is available under CC-BY-SA unless otherwise noted.