"The Cliffs of Granthan" is the first Passcode game, featuring a new on-going character from Wave 7; the origin story of the Buildman Infiltrator who will eventually become Argen.

"Halt! What's this?" ordered presumably the squad leader of the LSA troop. "Show yourself!" he quickly added. Govorum let his cloak slip off with the wind and reveal his full stature before them. They knew who he was. "The Traitor - GOVUROM!"

"Your search ends here." taunted the crusty Traveler. The LSA squad leader looked puzzled at the statement, but it only lasted a moment. Govurom charged his pink power blast and let it loose on the squad in one swift motion. The crackling power around Govurom's eyes may have been the last warning the Lost Sincroid Army had before being turned to ash on the planet's surface. Govurom was about to cackle at his easy success when another squad more fitting to the colors of Granthan arrived. "Granthan Corps!?" he blurted out.

"Decimate the traitor!" called the Granthan Corps squad leader safely mixed in with the troops. Everyone glowed in unison as Govurom vanished before them. The wolf was hiding among the sheep now. "Stay sharp" the squad leader ordered. "It's not over. Activate Infiltrator!"

Arriving just in time, the Buildman Infiltrator was fully operational for its first test. "...Locating imposter." his robotic voice chimed.

As the Infiltrator Buildman, you must mouse over the twelve members of the Granthan Corps until you find one who is actually Govurom in disguise, then click on him. After one of Govurom's disguises is found, that Sincroid's eyes turn from red and black and Govurom will not disguise himself as that Sincroid again. You must successfully find Govurom eleven times before time runs out; otherwise, the scan will fail and Govurom will attack, destroying the Buildman.

With nowhere left to hide among the Granthan Corps, Govurom revealed himself once again. The Lost Sincroid Army took the chance to clear out to allow the Buildman to complete the mission he was called in to do. The Infiltrator fired his Buildman blaster only to be matched by the full strength of Govurom's powers in a bright clash of light. The crusty Traveler's head throbbed as he pushed himself further to inch the competing beams towards the Buildman. The feedback from the two powers was building when a bright flash of light lit over the scene.

Pheyden appeared, the clash had finally caught his attention on this little outworld planet. As if he was speaking to the sky, Pheyden spoke "...Command their fate." Govurom and Buildman Infiltrator's fate was sealed with a choice from beyond their reach.

In order of appearance

When the game originally released, beating it with the good ending brought up a link to a secret store page on the Onell Design website (Wayback Machine link) with the Infiltrator Buildman figure and Infiltrator Phase Arm set for sale. These two items were not listed on the main storefront like the rest of Wave 7 and could only be purchased from the secret store. 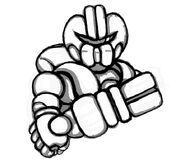 Buildman Opening Shot Sketch
Add a photo to this gallery

Retrieved from "https://glyos.fandom.com/wiki/The_Cliffs_of_Granthan?oldid=22413"
Community content is available under CC-BY-SA unless otherwise noted.