"Drawn to a modest unmarked pile of stones, to the grave of The Great Gearion, Lord of Light.

The crown strikes the burial mound like a comet, pausing for a brief moment, then is absorbed, almost hungrily, into the tomb below. There is an eerie silence that follows. A massive tremor begins to shake the earth, the ground pulses, the bedrock splits and the Crown of Light emerges, bursting forth within the grip of a mighty golden fist. A powerful armor clad figure rises on a beam of pure golden light from the very earth of Monkaa, bathed in a brilliant glow. He rides the beam slowly onto the ground and raises the crown high above his head. He closes his eyes and releases a scream of both anguish and joy so powerful that it shatters the rocks, stones, and ruins around the gravesite causing dozens of heartstones to be revealed. The golden figure strides forth across the landscape. Golden light pools in each footprint spreading like tendrils into the earth, seeking out the heartstones." 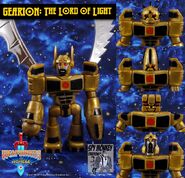 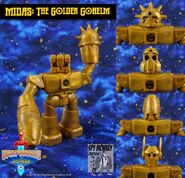