The Uncorrupted's color scheme and motive are based off of the Mystery Inc. gang and their van the Mystery Machine from the Scooby-Doo franchise. The Skeleden Axe's base color is Hallobuto Orange and was originally produced with Hallowden King's second armor set before being offered to Bio-Masters Design.

"Fighting along side Mesidrax they lead a small force against the rest of the evil Bio-Mass Monsters Plaguing the universe."

Page 2
Add a photo to this gallery 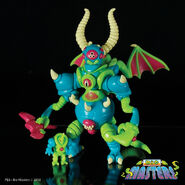 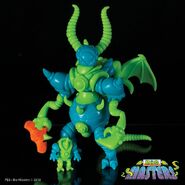 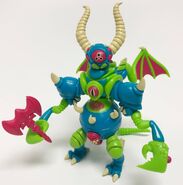 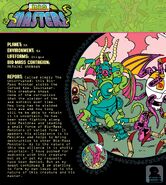 Banner artwork
Add a photo to this gallery

Retrieved from "https://glyos.fandom.com/wiki/The_Uncorrupted?oldid=27175"
Community content is available under CC-BY-SA unless otherwise noted.