"After being broken and beaten by the Chaos King / Death Knight fusion, Vice returned to Miami to recuperate and heal himself with Publix Chicken Tender subs. In order to coax him back to Order of the Knights of the Slice, he receives his own upgraded Vector Jump Armor in the mail.

His "Raw Knight" is Tropico Knight, created when his base body is mixed with his limb pack and the Hyper Quiet Green Armor." 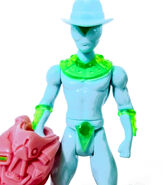 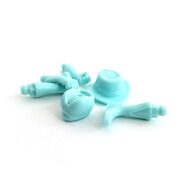 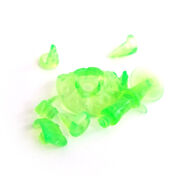 Hyper Quiet Green Armor
Add a photo to this gallery
Retrieved from "https://glyos.fandom.com/wiki/Tropico_Knight?oldid=24643"
Community content is available under CC-BY-SA unless otherwise noted.