Glyos Wiki
Register
Don't have an account?
Sign In
Advertisement
in: Article stubs, The Vilhain, Major Characters, The Transformers

"The power of Monkaa is rightfully mine! Doom to all who stand in my way!"

Umbreus, first born of the Lord of Light and Mistress of Shadow. Forged in an attempt to bring peace and balance to the universe. That attempt failed tragically.

Impatient to gain the crown of Monkaa, Umbreus murdered the Lord of Light and cast a powerful spell upon the Mistress of Shadow. With the aid of mighty Brutok and The Vilhain, he seized the throne.

Terribly scarred in battle and driven from the capitol, he now wears a frightening helmet and has gone mad for power. He has vowed to conquer his brother Empyreus and take back what he believes to be rightfully his. 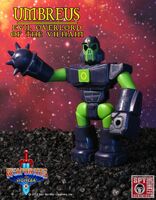 Based on the Bloodlust storyline.[2] 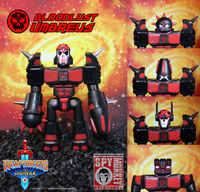 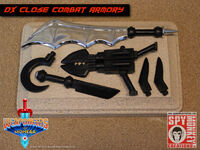 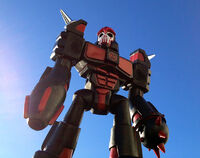 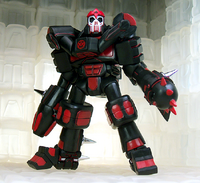 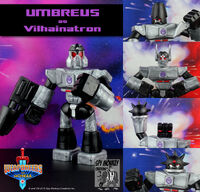 Vilhainatron follows in the tradition of our previous 80s toy homages with special paint details to depict a eternal villain from our childhoods. These are known as the '80s Power! Tribute action figures: The Weaponeer, Eternal Barbarian, Uncle Overlord, Fake Barbarian, Optimum Gearo, and Vilhainatron.