Rex Ganon's best friend and partner for whom Rex is often cleaning up the messes of. Vaughn suffers from alcoholism and impulse control, both which often lead to poor choices for Rex to fix. Alexander the Great[1] offered him the power of Frankenslice to be reborn anew as his right-hand man, but Vaughn later betrayed Alexander by locking him away in one of Alexander's own special weapons vaults buried deep under the Sahara desert[2]. Von Braughn was then picked up by Fred Foods, given special food which grants powers to Knights, and handed off to Rex Ganon for close observation.

"Check out the podcast snippet for more info on the Frankenslice Project.

Here are some pics from the 3 weeks it took to pull together this month's AFOTM. Frankenslice was built from 4 different figures, which meant all 4 styles had to be completely pulled apart piece-by-piece. My dining room table became an assembly line for most of Aug. "Hot Boxing" is a super sophisticated process invented by Matt Doughty. He says any glyos maker hasn't earned their salt until they hot box a couple hundred builds. I now know this pain! Once heated up, each piece gets snapped back together. Slowly but surely an army is built! I started putting aside certain colorways at the beginning of this year with a loose plan to do a custom build sometime in the summer. BTW, each box is also hand assembled and stickered by me. This is a completely old school process with very little automation."[3] 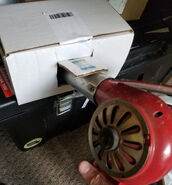 "In his younger years, Vaughn undertook a top secret mission to Pangea Island."

"Rex's dedicated right-hand man might be a little too wild on the battlefield, but he's loyal to the end."

"I sense the aura of a war-weary soldier. Become my herald and the world will be at peace once again! Swear allegiance to me, and be born anew with the power of Alexander!"[4]

"Vaughn is transformed by this meeting, granted the mysterious Frankenslice ability which allows his limbs and body parts to be interchanged with machinery with a mere thought."[5]

"After Vaughn Von Braughn is picked up roaming the Sahara, he's returned to the care of his friend Rex Ganon. Their mission: infiltrate the high-stakes racing world of Turbo Atoll to disrupt the machinations of Marson, the emissary of the Trilobyte King. Teaming up with Princess Jasmean and Cyber Mama, the band is in a race to save their lives and, if time permits, all of humankind."

Production PVC KOTS Frankenslice figure - Vaughn Von Braughn. Hand built by Jesse DeStasio for Action Figure of the Month Club August 2019. One of three styles will be received. 3 3/4" tall with 10 points of articulation. 13 total parts + Accessory kits. Glyos compatible. Limited edition. Figure released as the August 2019 Action Figure of the Month during the third week of August. $30 each. 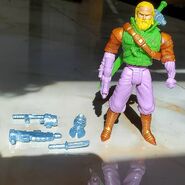 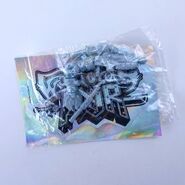 "Rex's dedicated right-hand man might be a little too wild on the battlefield, but he's loyal to the end. This item is a buildable kit- meaning we provide the parts and you put it together. Including with this purchase is a resin-printed beard accessory that needs attaching by either glue or museum putty. Please be careful when handling the beard, it can be fragile. PART COLORS MAY VARY!" 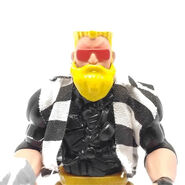 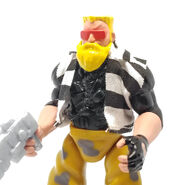 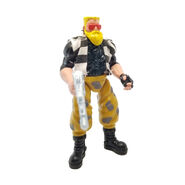 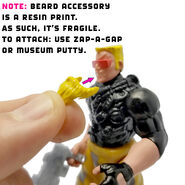 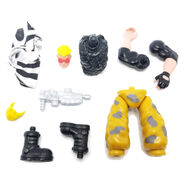 "Rex's dedicated right-hand man might be a little too wild on the battlefield, but he's loyal to the end. Includes bonus clear-green mechanized limbs.

This item is a buildable kit - meaning we provide the parts and you put it together. Be sure to heat the parts prior to building and anytime during part swapping." 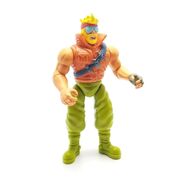 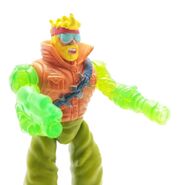 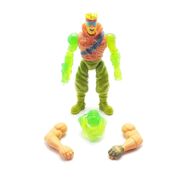 "In his younger years, Vaughn undertook a top secret mission to Pangea Island. The first painted version of the new Desert Rat v2 body, with a tropical look sure to blend in nicely in the bush. Bonus - includes an alternate head of the mysterious Pangea Island Explorer" 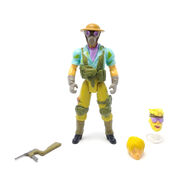 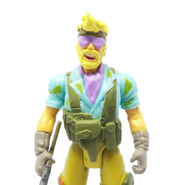 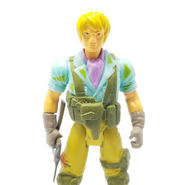 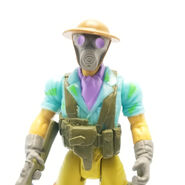 "This bundle contains buildable figures of Rex Ganon and Vaughn Von Braughn, complete with bonus parts and real cloth gear, and a copy of the Normal Combat zine #1. Note some color variation may occur with certain parts. Limited to 50 pcs worldwide." 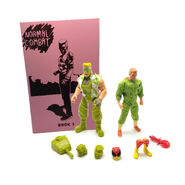 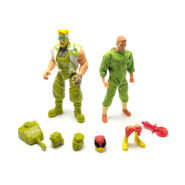 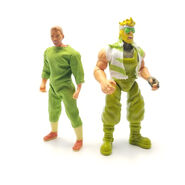 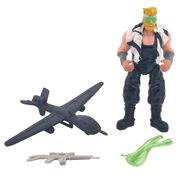