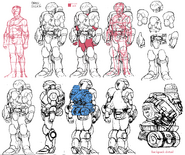 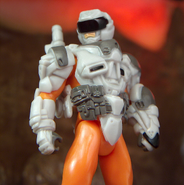 "Whoa! When did The Yetee get so... buff? The Pizza Knights called, and The Yetee answered! Armed with the Vector Jump Armor, allowing him to travel between dimensions, The Yetee has come to this realm hoping to help the humans of Earth fight evil, and eat pizza!" 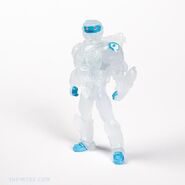 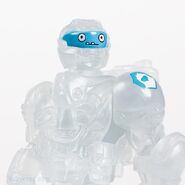 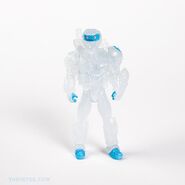 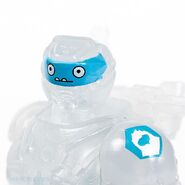 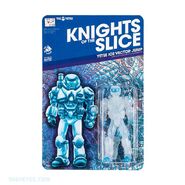 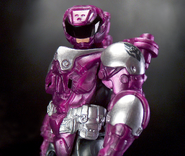 "The most streamlined and advanced Vector Jump armor yet, the Stomper class are deployed to extreme climates. Their unique ability to integrate into different vehicle forms allows them to transform into formidable transports that can scale any terrain. Their first assignment adding to the defenses of Sub City, as a recent threat has popped up on intel webs." 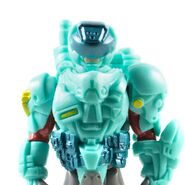 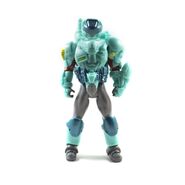 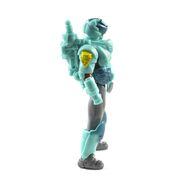 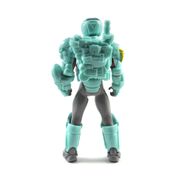 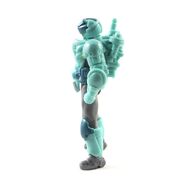 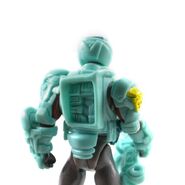 "The single most requested fan-favorite: Death is back, and this time he's decked out in Vector Jump armor. I've done what you've asked and made this toy, will you please release my family now?" 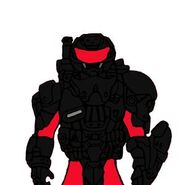 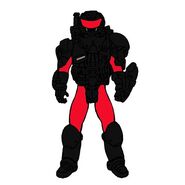 "If you illegally use the Vector to enter another dimension, you risk the wrath of the Adjudicator Vector Jumpers. They are assigned from a new, but currently unknown bureaucratic committee tasked in policing all the recent time/space violations. Do not cross them!" (Pre-order description)

"If you illegally use the Vector to enter another dimension, you risk the wrath of the Adjudicator Vector Jumpers. They are assigned by a new (but currently unknown) bureaucratic committee tasked in policing all the recent time/space violations. They are also charged with preventing Vector-entities from crossing levels illegally. Most people agree, it's best to avoid their wrath.

Note - this item does not include the bonus head that ships with pre-orders, but that head will be available at a later date." (Store description) 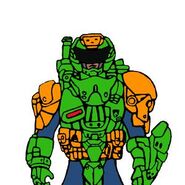 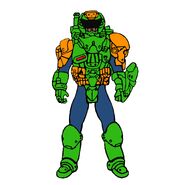 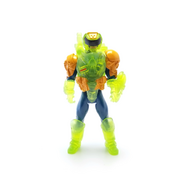 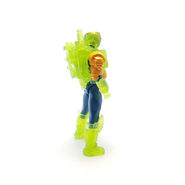 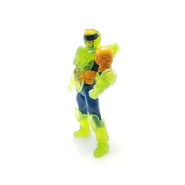 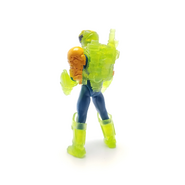 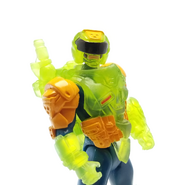 "The winning design from the Patreon exclusive, Design-A-Knight tournament, The Ice Rat two pack has been selected by patrons to be released to the public. The Vector Jump version features full VJ armor plus arm cannon & broadsword, all cast in a new transparent "fire orange"." 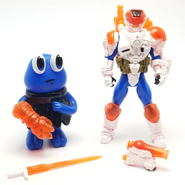 This version of the armor represents a fresh off the assembly unit that has not yet been painted or coated with any protective covering. Vice Knight gifts this set to Royal Knight when he arrives in the present day. 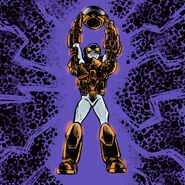 "While normal Vector Jump armor has a high tolerance to damage and the stress of inter-dimensional travel, this version features extra tensile strength to make it even more impervious to medium and large arms fire. Earth weapons stand no chance!" 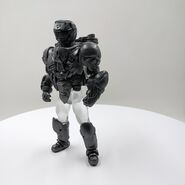 After the defeat of the Chaos King, the KOTS had to make short work of his Glowing minions, by hunting them down one-by-one and destroying them. Normally, they just wondered the countryside without purpose or meaning and were easily dispatched. Utilizing the corpses, Fred Food dissected and reverse engineered their essence to make for a new kind of Vector Armor....one that's power is not yet understood. But hey, it does glow in the dark, so that's cool.

How can you chill out a warm Cola Knight? With Ice Cube Armor of course! This Vector Jump set allows you to customize your Knights of the Slice in a very cool way. 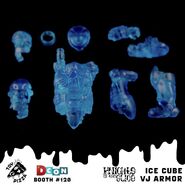 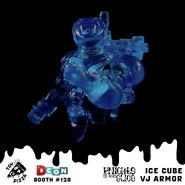 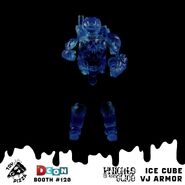 "A competitor of Pizza Shunt called Nuked Cow, stole a Vector Jump armor set and attempted to harness the power of Gamma Guy. The experiment failed, leaving a highly unstable VJ suit that can't be worn. Place your KOTS in it at your own risk! " 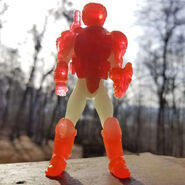