Vice Knight is a lone operative for Pizza Shunt, who waits in a nondescript office building in Miami. While his identity is unknown, we know his mission is to observe a Vector Anomaly centralized over Biscayne Bay. What purpose does he serve beyond that? Is he a hero or a villain? We simply do not know.

BIO: Unknown, I don't know how else to tell you!!

The Outlier of the Knights

You could say Julio a.k.a. Vice Knight never really wanted to be a knight. He just wanted to learn how to boogie board, work in a beach-side bar as a cabana boy, and occasionally nosh on a chicken tenders sub from Publix.

He was the quintessential South Florida Beach Bum. No aspirations, no bigger dreams. Just content to drive around in a busted up jeep with no hard top while listening to Fischerspooner.

That all changed the day he bought a second-hand vintage Hawaiian shirt at the Swap Shop. I don't really have the time to lay out how something so insignificant led him to join the KOTS, but rest assured it's a crazy story.

The Vice Knight - He's a bit of an outlier in the Knights of the Slice team. Only a few employees of Pizza Shunt know he even exists. Instead of working from one of the franchise compounds, Vice is assigned to a nondescript office building in downtown Miami. His job is to monitor a sustained vector aberration (S.V.A.) that seems to be occurring over Biscayne Bay.

Typically, vector openings are sporadic and never stay open for long. But the Miami aberration is unlike any other. Detail reads on the particles emitting from the opening (conducted by a delivery drone outfitted with sensitive scanners) indicates cells from the late 5th century AD.

Personally, we know next to nothing about the man under the Vice Knight mask. It was rumored he is related to another KOTS, but all the corporate files have been erased.

When we last saw Vice, he had his ass handed to him in the soda factory battling Death Knight (who's mind was infected by the Chaos King). After Lime sacrificed himself to beat those villains, Vice (and all of the remaining knights) laid low for a while, nursing their wounds.

After being broken and beaten by the Chaos King/ Death Knight fusion, Vice returned to Miami to recuperate and heal himself with Publix Chicken Tender subs. In order to coax him back to Order of the Knights of the Slice, he receives his own upgraded Vector Jump Armor in the mail.

But now he's back and he's upgraded to a very sleek Vector Jump armor. The first jump he made? To a deserted island off the coast of Marathon... the perfect place to shred some waves.

For the first time ever, we are featuring an intricate tampo print over the eyes! Super cool! The best part is each 4 inch figure is fully interchangeable! Pop off an arm or leg and swap them out for infinite color combinations. Works with all Glyos® system figures. 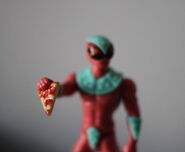 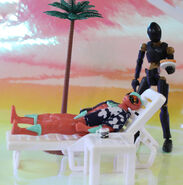 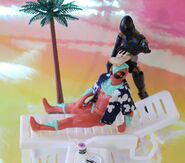 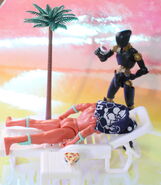 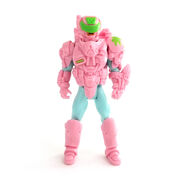 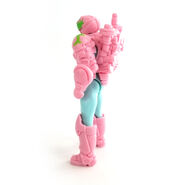 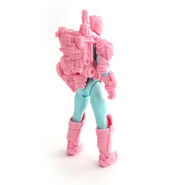 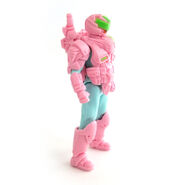 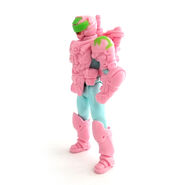 "Night Beach Vice Carded Figure. A special one-of-a-kind custom figure on a hand painted backer card. Every now and then, Vice Knight likes to put on a pair of board shorts and head to the beach at night to get a moon tan. Seems to happen after he eats a certain type of brownie available in select counties. Includes a real cloth towel. Each figure and card are unique. Edition of 4 pieces, STRICTLY LIMITED TO ONE PER CUSTOMER." Released on March 21st, 2019. $50 each. 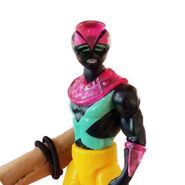 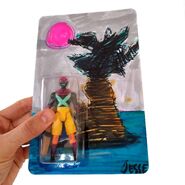 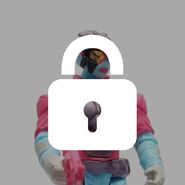 Preview
Add a photo to this gallery
Retrieved from "https://glyos.fandom.com/wiki/Vice_Knight?oldid=31364"
Community content is available under CC-BY-SA unless otherwise noted.