An homage to Ken from the Street Fighter video game series.[1] Swapping on the long haired head from the Eternal Adventurer brings an even closer intended homage to Ken.[2] A second homage is possibly included with the default ninja design being similar to the Red Ninjas from G.I. Joe: A Real American Hero. 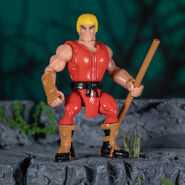 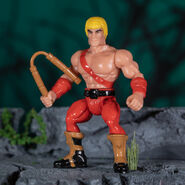 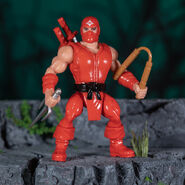 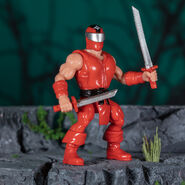