An homage to the Care Bears[1] including Grumpy Bear, Funshine Bear, Share Bear, and the villain No Heart.

Hiveclan Yay! are goodwill ambassadors sailing the Galaxy's Edge in their sporian yacht, the Yay!-You, spreading cheer through the Glyos system, tipping life's balance to the bright side. A piece of their mission includes distributing the "transcendental" slime mould Epiphany, which has varying effects on different species. The crew raises Epiphany in hydroponics stations, then processes it into edible Yay! Tape. This delightful treat is disfavored by the authorities, consequently the Yay!-You had been banned from several planetary orbits.

Belay Cray' is the Yay!-You's captain and the responsibility weighs on him, making him something of a buzzkill. Belay considers himself a realist, but most would call him pessimistic. He will be the first to find fault in any plan, but beneath his blue bluster, Belay Cray' cares deeply for the crew of the Yay!-You and strives to protect them.

As the ship's navigator, Funday Cray' is quite knowledgeable on the Glyos system. She is a game-loving Crayboth who delights in physical activities; her love of fun in the sun will turn any activity into a game. Successfully brightening a crewmate's mood brings singular joy to Funday's day.

Parley Cray' is the Yay!-You's spokescray, primary purveyor of the Yay! Tape, and heads the HR department. She lives by the motto "All Crayboth unified, and the Glyos system with them". Parley is a selfless, sharing personality, whose greatest joy is in giving to others. Parley Cray' is always happy to help and really just wants everyone to get along.

Coranix pursues the thieving Hiveclan Yay! along the Galaxy's Edge. Although he might begrudgingly admit they have some claim to the Epiphany mould, a species native to Alcray, what irks his ire is the clan's declaration that everyone should taste the transendence for free! At no cost. For nothing. Nadda. When Coranix considers the work he invested in breeding, genetically modifying, and culturing the slime mould into into a cash crop, and now it's given gratis to the dirty masses... So Coranix hunts the Yay! Cray' fanatically; employing bounty hunters, bribing planetary officials, and pursing them in his transforming racing pinnance. 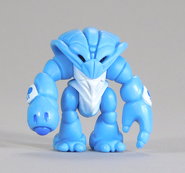 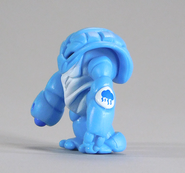 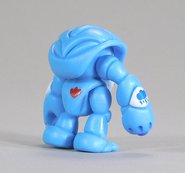 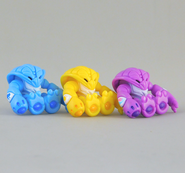 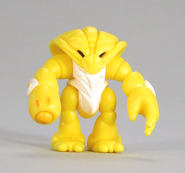 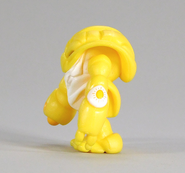 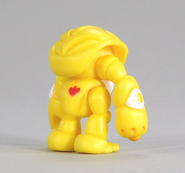 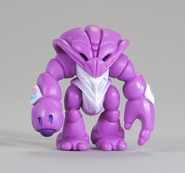 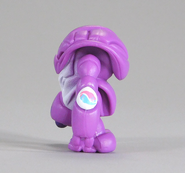 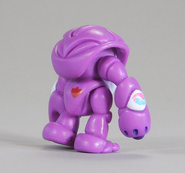 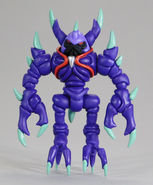 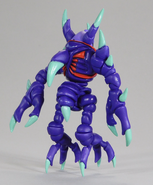 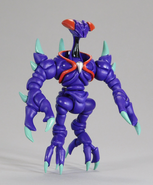 Retrieved from "https://glyos.fandom.com/wiki/Yay_Hiveclan?oldid=35905"
Community content is available under CC-BY-SA unless otherwise noted.