The visual database began to load. "Can it be... Zorennor?" he pondered as the holo display began to report. 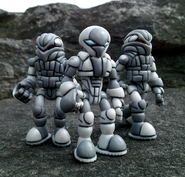 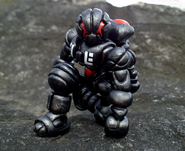 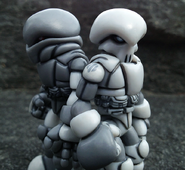 "Through a combination of Dimension Gate technology and genetic manipulation, individually controlled travel into the Zorennor Rift is now more stable, allowing for an unlimited spectrum of lifeforms to be tracked and captured by Viyer's specialized Gatekeeper Protoclones."[3]

Tale of the Super CraybothEdit

"The Zorennor Information Division, ZID for short, and Zorennor Observer Division, ZOD for short, have been dispatched on an investigation mission outside the great rift. These information gatherers are hot on the trail of something potentially very dangerous. What will they discover on their mission?"[4]

Retrieved from "https://glyos.fandom.com/wiki/Zorennor_Rift?oldid=21675"
Community content is available under CC-BY-SA unless otherwise noted.